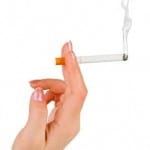 I’m probably not the only one who remembers the stress of various attempts to quit smoking. Many manage physical withdrawal, get through the first weeks with or without help, carried by the euphoria: finally free of all the dirt! But this is only the beginning: the longer you have smoked, the more you hang on to traditions and rituals that have developed around smoking. Before and after a “meeting”, in the morning the FIRST to the coffee, the almost indispensable cigarette after the meal – and not to forget the “cigarette afterwards”. All this and much more is now gone and missing, painfully noticeable, even if you like to talk about it as “liberation” or try to ignore it. It takes time to establish alternatives and often it simply takes too long – or the alternatives simply have too many calories! 🙂

My ca. sieben Rauchstoppversuche, lasting up to half a year all failed in the same way: At some point I tried one again, just to see how it would feel after such a long period of abstinence. After all, cigarettes don’t really taste good, which one notices as a non-smoker. And yes: it can even taste disgusting – and yet you feel motivated to try it again: There was something… I told myself that I could smoke a cigarette from time to time without falling back into the old consumption. But no: soon the buzzing got on my nerves, I bought another packet of tobacco that only lasted a whole week, but soon I was back to the old level of about 30 homemade ones a day. The non-smoking communicators are right: If you want to stay abstinent, don’t smoke ONE time, never again! 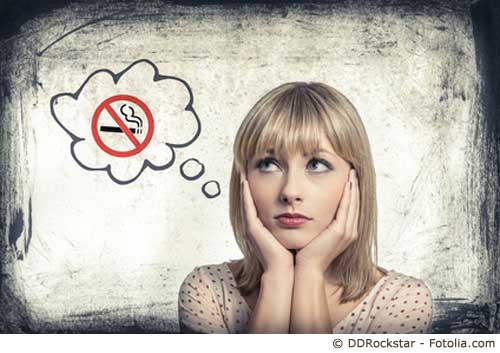 This “never to think again” is already stress for heavy smokers. After all, cigarettes have many positive experiences and sensations associated with them, and such a “never again!” can be quite frightening, even if you don’t want to admit it in the first smoke-stopping joy. Therefore it is recommended to avoid the thought and instead to think “I don’t smoke today” – a difficult mental Ikebana, if you come across the warning “never again” everywhere.

Stretch to steam…and forget your cigarette

Many transfer stories tell of an amazing phenomenon: without really wanting to stop or without hoping that this could be possible, curious smokers simply tried out the “e-cigarette” to find out after a short time astonished: In three days I only smoked one in the morning – or only two a day – or none at all. The interesting research of the new stimulant, the handling of the steam, the trying out of different devices, depots and Liquids often makes thoughts of the cigarette no longer arise. Until suddenly the penny falls: “Hey, I can do without the cigarettes very easily!

You might think that’s to be expected, since nicotine is still being consumed. But what a miracle: the addiction pressure is suddenly greatly reduced. No comparison to the strong craving that usually occurs in addicted smokers when the cigarette does not come in the usual rhythm. Steaming reports of half days “without something”,(berichten von halben Tagen “ohne etwas” ) in which no “poking” occurred any more, or only very weakly. Others even steam nicotine-free liquids right from the start (I suppose that they are not really addicted smokers, of whom there is much more than you think). Occasionally more). Decisive for the ease of the change is from my point of view

Newcomers will also find appropriate advice in the Steamship Forums. The enjoyment factor is in the foreground, not a compulsive struggle to stop smoking at any price. Steaming is not a driven hectic inhalation, but relaxed enjoyment: “No stress!” also recommends the “steamer pope” Philgood in his great beginner video “Vom Rauchen zum Dampfen 2014” (From smoking to steaming 2014), which briefly informed, encouraged and inspired me when I made the change.

All potential transfer passengers should therefore be advised: “Mal eine Pyro” is not a broken leg! “Three instead of 30” is an unbelievable progress in terms of liberation from all the harmful dirt that is in the tobacco cigarettes next to nicotine! So don’t get abstinence stress, once you’ve developed a steam routine, it may come all by itself.

Maybe that’s the secret: Only when we stop craving to stop spasmodically, but start something new, does smoking stop all by itself – or minimizes itself to a marginal note. The only hurdle you have to overcome is the initial concern with the steam appliance and its contents. Fortunately this can also be a lot of fun, what more could you want? 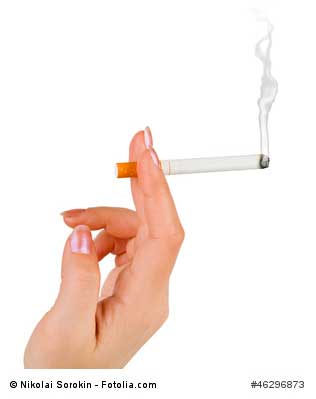