There’s a “late” at the corner where I live, right across the street. That’s what the descendants of the corner shops in Berlin are called. They keep all the food and luxury foods they need deep into the night. Drinks, tobacco, snacks, but also cans, frozen pizza, a few basic foods and sweets without end.

I had forgotten salt at the last supermarket shopping (lucky that there are latecomers!) and was now waiting at the counter to pay. Before me only another customer, a middle-aged man, who also just paid. “7 Euro 70!” said the late businessman who immigrated from Bulgaria and who makes life easier for everyone in the neighbourhood with his shop. Still the customer had not plugged in his purchase, so I could see: 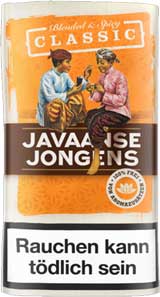 Exactly this “package” I had always bought, for decades – and inexorably it had become more and more expensive. Even more expensive than it seemed, because with the rising price the package was reduced from 50 grams of tobacco to 33 grams. In 1982 this tobacco had cost 2.90 and was advertised with “More must not cost the fun” (here ein bisschen Atmosphäre from back then…).

I was always “brand faithful”, because the Javaanse seemed still relatively “clean”, no perfume and so on. The fact that I had to buy “the package” of tobacco, leaves and rotary filters every 1.5 days during the last years of my smoking career, however, disturbed me more and more. What enormous sums for your own poisoning!
For stinking clothes and yellowing walls, for coughs and coughs, for the shortness of breath on the third staircase – corrosive!

I DON’T NEED IT ANYMORE! WHAT LUCK!!

That was my “moment of happiness” the other day at the Späti. Not further spectacular, but true. I discovered steaming at the end of 2014 and “creepingly changed”. Meanwhile I can’t imagine to be so dependent anymore and to spend so much money on it!
Now maybe every two months I buy a few new Liquid bottles, comparatively at a ridiculously low price. And I could save even more, if I would finally mix it myself (is planned).

If you still smoke: try it out! It may take a while until you find the right device and Liquids for you – but it’s worth it! My “moment of happiness” is just one of many. Since I’ve been steaming and no longer smoking, they’ve been piling up.

A click on the banner takes you to the blog parade:

And here are a few contributions that have already been received:

Article Name
Steamship moments of happiness: Recently at Späti
Description
That was my "moment of happiness" the other night at the late hour. Not spectacular, but true. I discovered steaming at the end of 2014 and "creepingly changed".
Author
Claudia Klinger
Publisher Name
my-eliquid
Publisher Logo